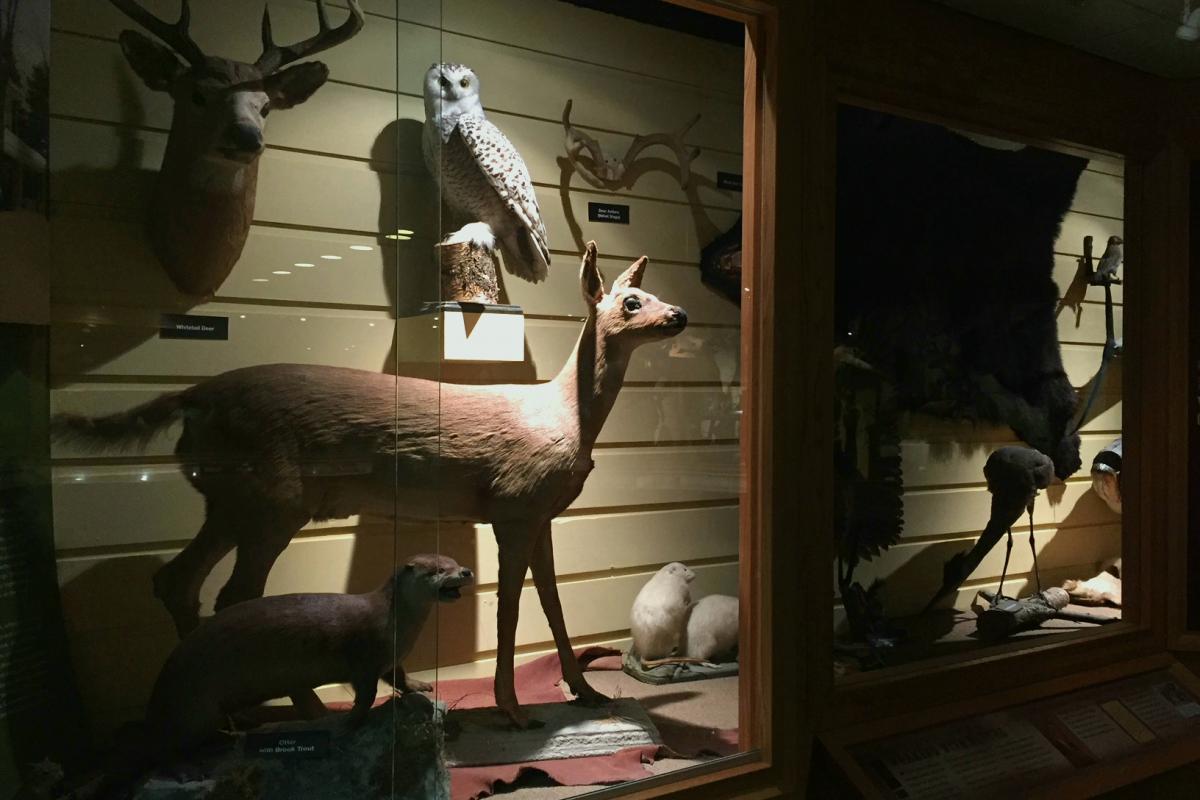 History of the Dickert wildlife collection

As a young man of 19 Charles Lawrence Dickert rode the stagecoach from Westport, Connecticut to Saranac Lake . The village of Saranac Lake was described as "the youngest Adirondack hamlet, little more than a fair sized clearing in the wilderness." Close to a hundred years later, the work of this taxidermist survives, and defines the history of the Village of Saranac Lake .

Mr. Dickert, or Charlie, came to Saranac Lake in 1886 and apprenticed with H.H. Miner, an able area taxidermist. In 1904 Charlie started his own business at 16 Algonquin Avenue. Entering the showroom of Mr. Dickert's shop was like walking into a sportsman's paradise. The green burlap walls were covered with the heads and hides of every species of bird, animal and fish known to the Adirondack forests and streams and exotic beasts and birds from distant lands. In 1932 Charlie estimated that he had already mounted more than 5000 deer heads.

In 1961 Edmond A. Guggenheim, a longtime friend of Mr. Dickert's presented 135 specimens of Charles Dickert's taxidermy to the Whiteface Mountain Museum at Wilmington . The Adirondack Daily Enterprise reported that "Short of going to the Museum of Natural History in New York or visiting one of the famous private Adirondack "camps" it was previously impossible to see the mounted animals prepared by Charles Dickert of Saranac Lake."
The collection was called "doubtless the finest collection of Adirondack animals ever gathered in one place"

2003 marked a new page in the history of the collection. The Green family and the Saranac Lake Free Library agreed to redisplay the collection, and the museum was closed for renovation. On February 11, 2005 the museum was finally reopened to the public, with the collection securely behind glass and in an environmentally controlled room. Additionally, the collection is available to visitors at any time the library is open.

The Charles Dickert Wildlife Collection has attracted visitors from both the United States and abroad. It is a link to the history of the village of Saranac Lake , and to the Adirondack Park .

Admission to the museum is free. We hope you enjoy the collection. 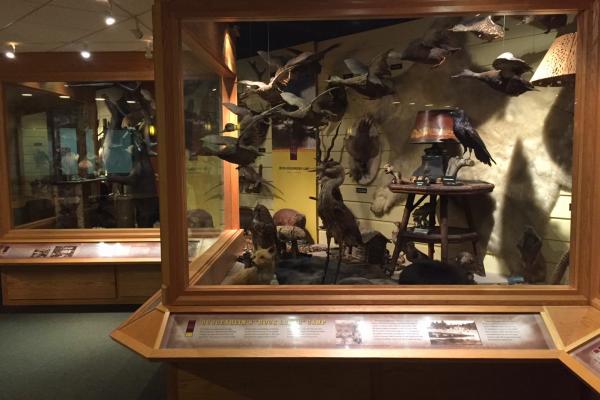 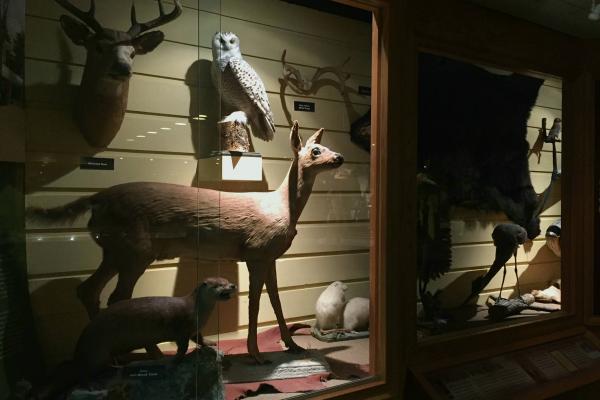 We are closed for the following holidays: