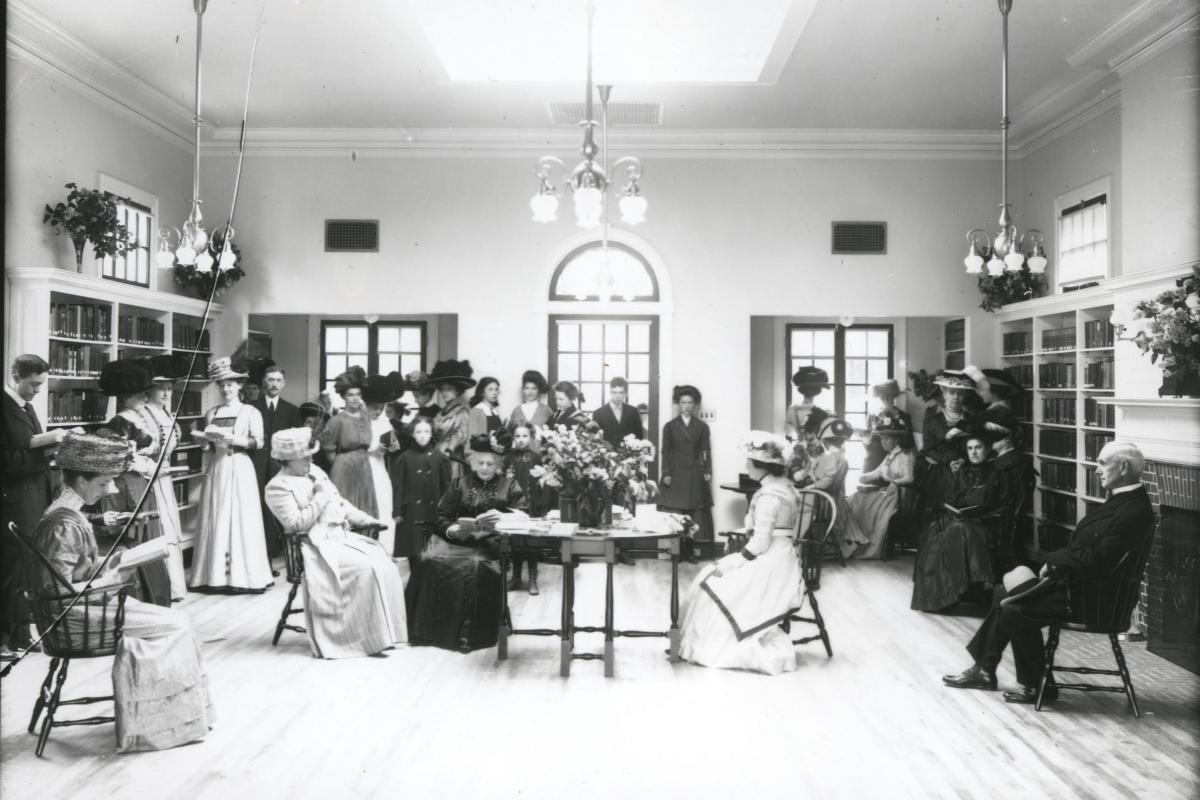 had its beginning in 1862 when a local cobbler, Hillel Baker, maintained a small circulating library. Hillel was highly intelligent and well educated, he encouraged the village children and adults to read books and magazines.

In 1880 Dr. Edward L. Trudeau, a tubercular patient and physician, formed a Reading Club and sponsored the construction of a small building at 52 Main Street called the Franklin County Library. Residents and visitors, among them Robert Louis Stevenson, contributed about 400 volumes.

During the 1890's, the collection was moved to St. Luke's Parish under the supervision of Reverend Walter H. Larom. The Library's name was changed again to the Adirondack Library and was supported mostly by church members. The Library served the community for 15 years but was suspended for lack of interest and inadequate support.

Mr. George V. W. Duryea, a local realtor and dairy owner, was instrumental in securing The Saranac Lake Free Library Charter from the New York State Board of Regents on December 21, 1907. Duryea took it upon himself to raise funds to purchase land from Dr. Lawrason Brown to construct the present library. The contract to build the original Library building was one room and a basement measuring 27 x 40 feet with a fireplace on the west wall. A skylight was located in the middle of the room and remained until 1986.

The Saranac Lake Free Library has grown substantially since 1907; four additions to the original building, in 1924, 1968, 1984, and 2004 demonstrate the community's dedication to support the increase in resources, services, and programs offered at their Library.

We are closed for the following holidays: